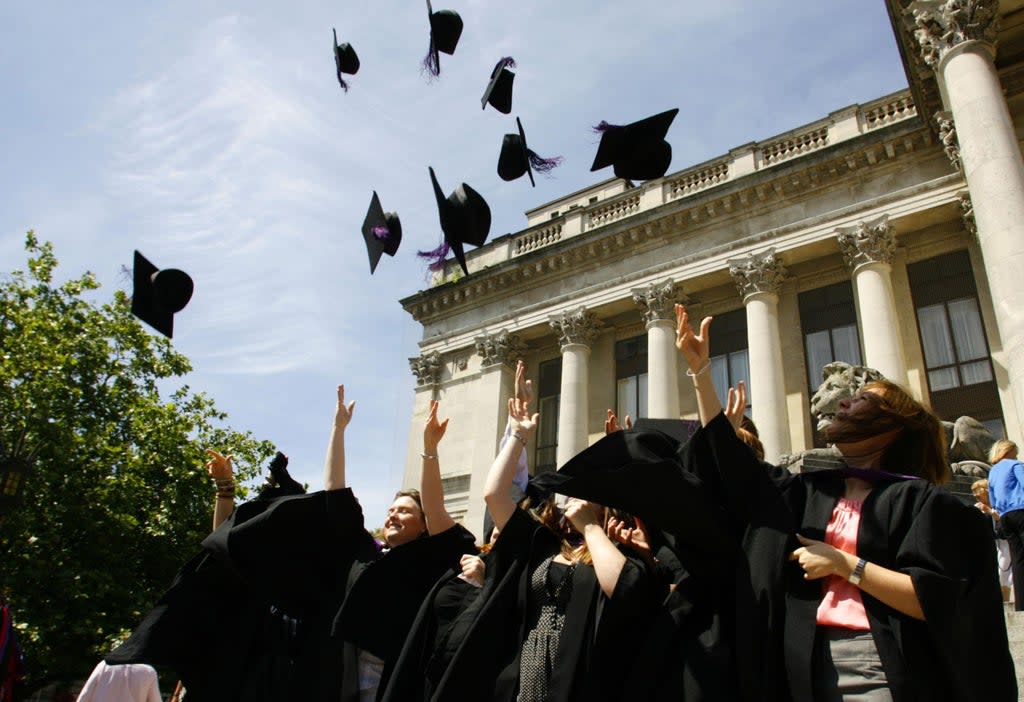 Plans to consider minimum grade requirements for student loans are an “attack” on poorer students and “go against the leveling program”, a university staff union has said.

On Thursday, the government unveiled its response to the Augar review of higher education (HE) funding.

A new consultation will consider whether students without at least a GCSE pass in English and maths or two A levels of grade E should access student loans.

Eligibility requirements threaten to make this situation worse, creating enormous pressure on schools and colleges to inflate grades to get their students into college.

University and College Union general secretary Jo Grady said plans for minimum grade requirements for student loans were “an attack on working-class learners and against the curriculum upgrade”.

She said the government seemed “determined to close the door on those it deems unworthy of going to university”.

“We’ve seen during the pandemic that it’s people from more affluent backgrounds who have benefited the most from grade inflation, with private schools playing with the system,” Ms Grady said.

“Eligibility requirements threaten to make this situation worse, creating enormous pressure on schools and colleges to inflate grades to get their students into college, and further widening the gap between private and public schools.”

She added that changes to loan repayments have forced young people to make “a diabolical bargain, going into lifelong debt in a bid to improve their chances in life”.

Geoff Barton, general secretary of the Association of School and College Leaders, said the changes to entry requirements resembled “removing a ladder rather than moving up a level”.

We should be doing more rather than less to support the progress of this ‘forgotten third’, and a decision to restrict their choices feels like pulling down a ladder rather than a higher level.

The government said 4,800 students without GCSE maths and English passes entered higher education last year, excluding mature students who would be exempt from the change.

“We welcome the moves to reduce student loan interest rates and understand the need to address the size of the student loan portfolio,” Barton said.

“However, this comes with a sting in the tail as students will now face 40 instead of 30 years in repayment,” he added.

Mr Barton said headteachers were concerned about the introduction of minimum entry requirements, with the proposal that students should pass at least a pass in either GCSE maths or English effectively excluding a third of students who do not achieve these grades in a normal year.

“We should be doing more rather than less to support the progress of this ‘forgotten third’, and a decision to restrict their choices feels like removing a ladder rather than a higher level,” he said.

David Robinson, director of post-16 and skills at the Education Policy Institute, said while the introduction of a lifetime loan entitlement was welcome, the government “should proceed with caution” on minimum admission requirements and assess the impact on disadvantaged people. and underrepresented groups.

It is therefore important for the government to consider whether contextual factors, such as the student’s background or learning loss, should be taken into account when applying for a student loan.

“Existing analysis from Ucas suggests that students from low-income families, black students and those from parts of the North and West Midlands could be most affected by these changes,” he said.

“Many of these students will be applying to college over the next few years and will also have suffered considerable learning loss as a result of the pandemic.”

Mr Robinson said pupils without Year 4 English and GCSE maths may currently have ‘limited options’ when it comes to accessing Level 3 courses, including T Levels, and that makes harder for them to get two Es at A level or their equivalent.

“It is therefore important for the government to consider whether contextual factors, such as student background or learning loss, should be taken into account when applying for student loans,” he said.

“It is important that the government provides resources to help schools ensure that the most disadvantaged students meet these minimum entry requirements,” he added.