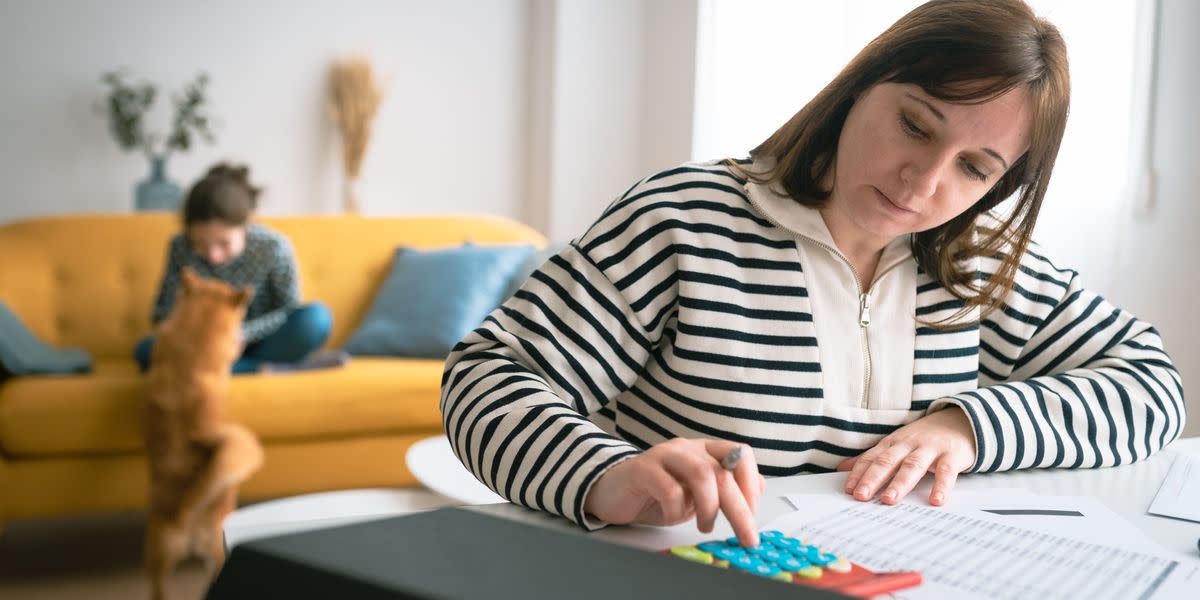 Monthly cash payments from the federal government last year may have helped some parents avoid taking out payday loans or selling their blood plasma to pay their bills.

Parents who had previously used these “alternative financial services” were less likely to do so again after the child tax credit the checks have started flowing, according to a new report released with the Brookings Institution’s Global Economy and Development program by researchers from the Social Policy Institute at Washington University in St. Louis and Appalachian State University.

Researchers found that 5.3% of CTC-eligible parents had borrowed from payday lenders before payments began in July but did not do so again, while only 3.3% of households in a control group also stopped borrowing from payday lenders.

Given that 36 million households received the monthly Child Tax Credit benefits, this means that nearly 2 million households may have moved away from payday loans, which carry high interest rates and, in some states , can be rolled over into another loan if the borrower does not pay.

“We noticed a significant drop in the number of families taking risky and damaging steps to make ends meet, such as payday or pawn loans, selling blood plasma, etc., in addition to much better eating habits” , said Greg Nasif, spokesman for Humanity. Forward, the progressive group that sponsored the research. “This study confirms that monthly CTC payments help families not only with their long-term financial health, but also with their personal health.”

Democrats in Congress created the Child Tax Credit to reduce child poverty and reduce material hardship for the parents. During the six months the benefit has existed, American parents have received the kind of family allowances that other advanced countries have offered for decades.

The economic impact of the payments, however, has received relatively little attention in Washington amid concerns over soaring inflation, which affects a much wider swath of the population than just parents of minor children.

The researchers interviewed a sample of eligible parents and a control group in July, when payments began, and conducted a follow-up survey of recipients and non-recipients in December and January, after payments stopped.

Advance monthly payments of child tax credits, worth up to $300 per child, may have prompted parents to reconsider pawnbroking and plasma donations. Recipients of the Child Tax Credit who had sold blood plasma before payments began were twice as likely as non-recipients to say in the follow-up survey that they had no longer sold plasma (4 .8% versus 2.6%).

However, parents who had not taken out payday loans or sold plasma in the six months before payments began were still as likely as the control group to use prompt payment programs despite receiving the child tax credit payments.

The research also suggested that the CLC offered parents more funds for rainy days, healthier meals and reduced risk of eviction. This adds to a growing body of evidence suggesting the monthly payments, which came out from July to December last year, have made life easier for tens of millions of parents.

The Columbia Center on Poverty and Social Policy, for example, estimated that the payments reduced child poverty by nearly 30% and that the decline reversed as soon as the payments stopped in January.

Democrats had wanted the expanded child tax credit to become a permanent part of the welfare state, one that parents would rely on like seniors rely on Social Security retirement benefits. But their plans to entrench politics fell apart when they couldn’t muster even 50 Senate votes for a bill to continue payments as part of a larger package last year.

Republicans have generally opposed the payments, calling the money “welfare” and saying the government shouldn’t support unemployed parents. Some also said the payments would make inflation worse by giving parents too much buying power.

This article originally appeared on HuffPost and has been updated.