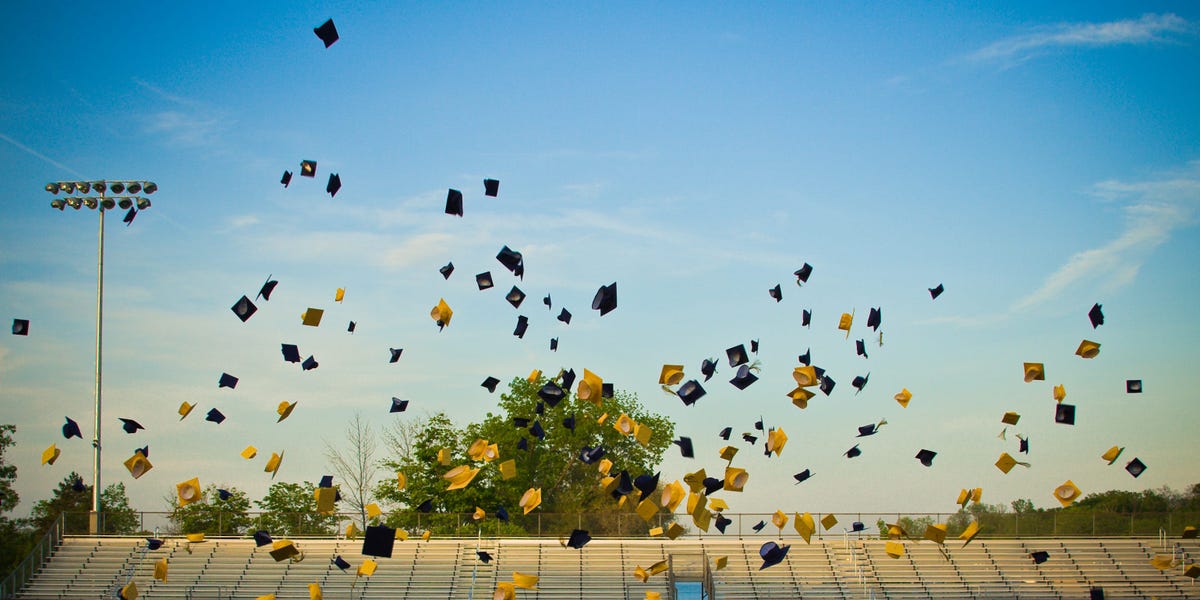 On Friday, the Debt Collective – a syndicate of debtors pushing for the abolition of all forms of debt – announced that its sister organization, the Rolling Jubilee Fund, had purchased and canceled $16 million in private student loans for more than 7,000 former students who attended Vista College. Vista was an El Paso, Texas-based, for-profit school that declared bankruptcy and closed last year, and it was included in the list of schools the Federal Trade Commission placed on notice for allegedly making false statements to students regarding income and employment potential. after graduating.

Thomas Gokey, legal and policy director of the Debt Collective, told Insider that the group’s efforts “are not limited to the private student loans that we bought and removed,” which were owed to the college. The Debt Collective plans to file a class-wide borrower defense against the demand for repayment on behalf of students, which is federal student loan relief given to borrowers who prove they were defrauded by a for-profit school.

While there are currently no findings of fraud committed by Vista College, the Debt Collective is asking students to complete a survey regarding their experiences at school to gather evidence of any wrongdoing that may have occurred. produce.

“We believe Vista College may have committed widespread fraud,” the group added in the letter. “We think they may have targeted specific types of people – low-income people and also people of color – in order to put them in debt all their lives for their own gain. We think they may have also been lying. to students about the quality of education and the likelihood that these students can obtain well-paying jobs in their fields with a Vista degree.”

Last month, the Debt Collective also cleared $1.7 million in student debt owed to Bennet College, a historically black college or university for women, through a collaboration with the school to relieve its students.

Advocates have been mounting pressure on President Joe Biden’s Education Department to act on federal aid to borrowers defrauded by for-profit schools. To date, the department has approved more than $7 billion in borrower defense claims, and it reached a settlement with lawyers on Wednesday to award about $6 billion in relief to 200,000 borrowers whose claims have been pending for years.

In early June, the department issued its largest group student debt discharge for all remaining Corinthian College students who had not yet received relief, and the Debt Collective hopes the department will take the same approach with Vista College students, so that they do not need to file individual claims themselves. But in the meantime, federal borrowers can expect a move from Biden on blanket student debt cancellation — an announcement likely to come in July or August, closer to the expiration of the pause on bonds. student loan repayments after August 31.